HAIVISION IS A MARKET LEADER IN LOW LATENCY VIDEO STREAMING AND ENCODING SOLUTIONS FOR BROADCASTERS, ENTERPRISES AND GOVERNMENT ORGANISATIONS.

A pioneer in high performance streaming solutions, Haivision continues to innovate in the areas of live hardware and software encoding/decoding, video stream transport and management.

Haivision delivers high quality, low latency and reliability throughout the entire IP video lifecycle – from the contribution of video to the recording and management of media assets, through to the publication and distribution of video content to your audiences, regardless of location or device. 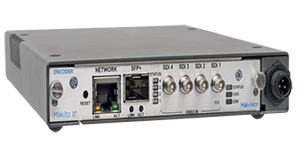 The new Haivision Makito X4 offers power, quality and flexibility for real-time HEVC/AVC video encoding in a compact appliance or rack-mountable blade. Designed for the most demanding live video applications, the Makito X4 can ingest full 4K UHD or up to four HD inputs with 10-bit pixel depth and 4:2:2 chroma subsampling.

Extremely robust and always reliable, the Makito X4 offers 8 powerful encoding cores that can securely and simultaneously deliver low latency multi-bitrate streams over any IP network. And with native support for the SRT protocol, the Makito X4 is ideal for streaming over unpredictable networks such as the public internet. 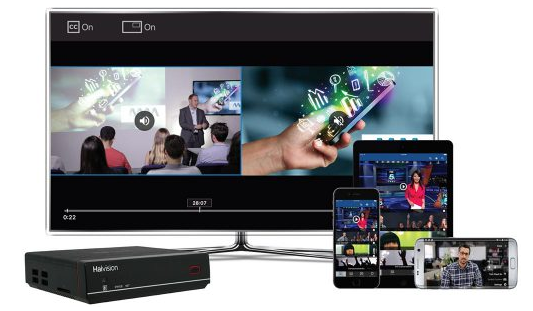 Furthermore, permissions and authentication through SSO, LDAP and active directory ensure your enterprise video content is safe and secure, no matter how your employees watch it. 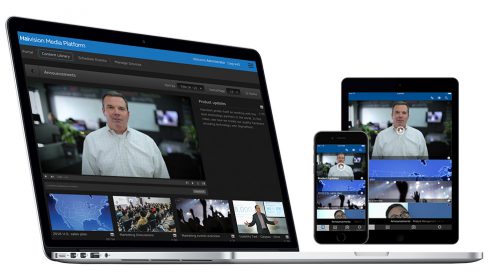 Haivision Media Platform Enterprise provides you with a powerful and easy-to-use solution to manage and securely deliver live corporate content and broadcast television channels to all employees everywhere, inside and outside your organization.

Secure Live Video to All Employees

Keep your employees engaged and informed with broadcast-quality video for internal communications. With an intuitive and powerful video portal, Haivision Media Platform delivers both live and on-demand content as encrypted video streams to all authenticated employees whether in the office, on-the-road, or at home.

Haivision Media Platform provides the power and flexibility to efficiently deliver live video to all your employees, whether working from office locations, on the road, or even at home.

Easily deliver live IPTV content with EPG to screens across your organisation including in hallways, work areas, lobbies and to user managed displays in break rooms and other common areas.

The Haivision Media Platform is the only enterprise video solution that gives you the tools to control content and manage all set-top boxes centrally. Flexible and granular controls make it easy to manage, schedule and distribute specific content on any managed display. 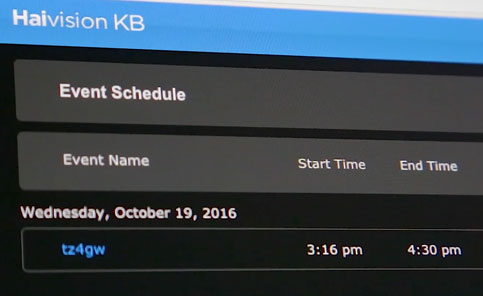 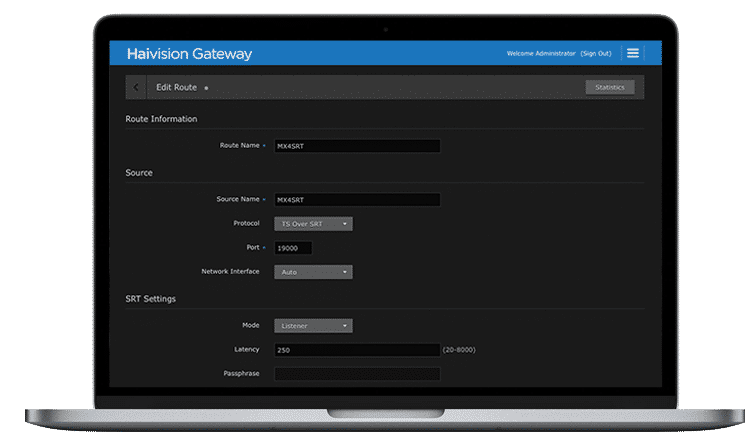 Haivision SRT Gateway is a highly flexible and scalable broadcast solution for secure routing of live video streams across different types of IP networks. By serving as a network bridge and converting between protocols including SRT, SRT Gateway provides broadcasters with cost-effective live video streaming to one or multiple destinations for content production and distribution. 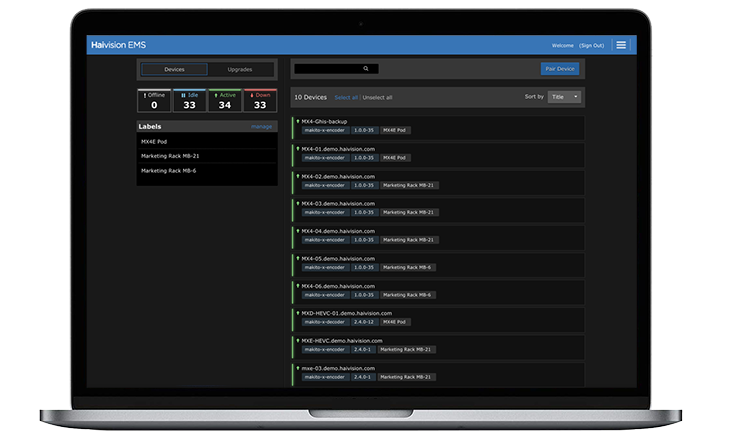 Haivision EMS can help you to boost operational efficiency, minimise downtime and increase quality of service.