INTRODUCING THE KILOVIEW N6, AN HDMI TO NDI AND NDI TO HDMI BI-DIRECTIONAL CONVERTER BASED ON NDI SDK 5.0

Offering powerful functions such as PoE, a bright built-in tally light, PTZ control, 3.5mm audio line in/out, multi-channel audio and intercom functions, the N6 is the easiest way to get access to the NDI world. 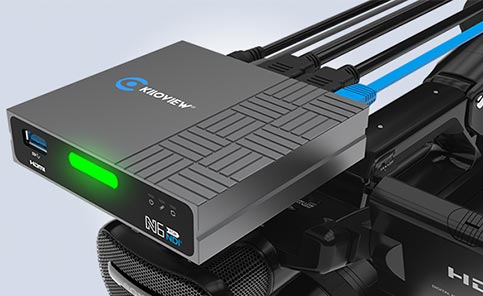 The Kiloview N6 HDMI to NDI/NDI to HDMI Bi-directional converter comes with a web GUI console, in which you can use to preset the NDI to HDMI sources. With Kiloview's built in unique technology, there will be no splash or lag when switching the output NDI videos

Control with a USB keypad

In decoder mode, you can preset the NDI sources from number 0~9. Simply connect the decoder with a USB keypad and you can easily choose the output source with a single press. You can even use the USB Keypad to control a PTZ camera - the cheapest PTZ Keyboard you can get.

One large bright front tally light displays PVW/PGM indication, plus a small rear tally LED for viewing by the operator.

The Kiloview N6 is small and lightweight and can be easily attached to the top of a camera using the screw thread. Alternatively, the unit can be installed in a 1RU or 3RU rack chassis.

The Kiloview N6 supports 3.5mm analog audio line in/out or embedded audio as well as Mic in, in addition to voice intercom between all Kiloview devices and the control PC/phone, or with Kiloview Intercom server.

With PoE, the N6 can be powered with a single cable connection. With the design of wide DC input range from 5V to 18V, it can also be easily powered by USB power or camera battery.

NDI 5 brings a wealth of enhancements and features, including the ability to connect to any NDI video content, source or device in the world. That means you can finish video production across networks wherever you are in the world. Read on for more information on the benefits of NDI 5!

COMPATIBLE WITH TRICASTER, vMIX, OBS AND MANY OTHER PLATFORMS SO YOUR VIDEO PRODUCTION CAN BE CARRIED OUT ANYTIME, ANYWHERE 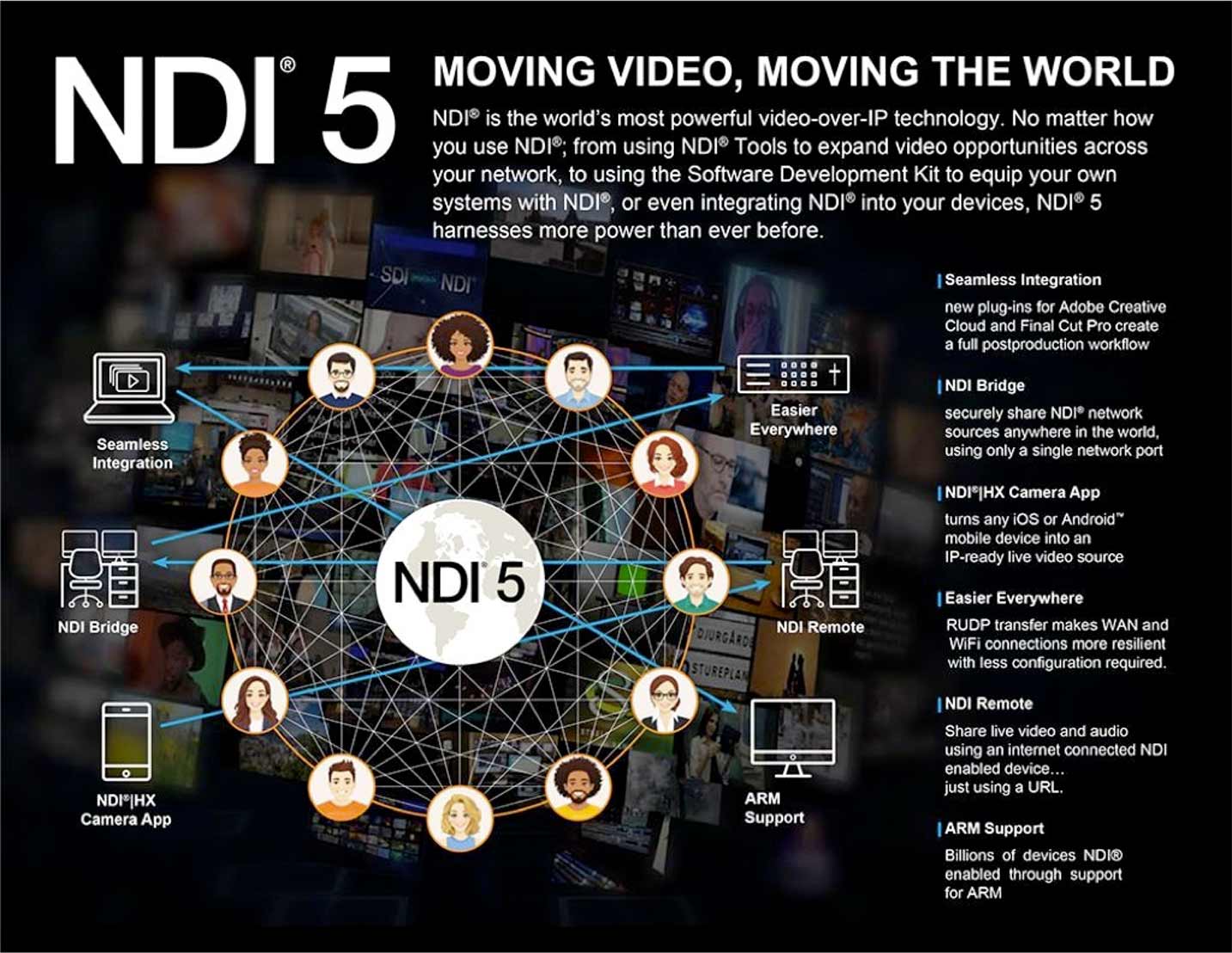 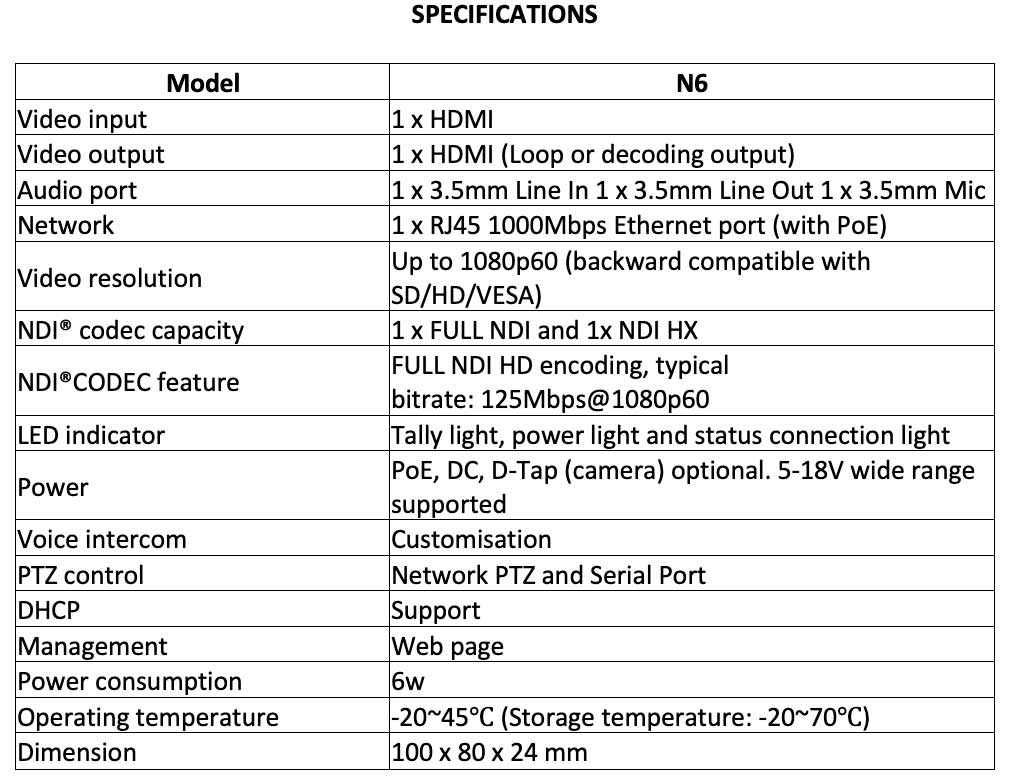