There are three members in the NDI Core family: Basic, Pro and a customised hardware version. Basic and Pro are software versions which come with a 15 day free trial which can be deployed using docker, while the customised version is a hardware appliance designed for users who want a turnkey solution.

When you need to use the same NDI video source for multiple destinations, in some instances direct streaming may be impossible due to limitations of network bandwidth. With Kiloview NDI Core, based on powerful server performance, it can relay and amplify unlimited NDI signals and create as many NDI outputs as needed, or support any number of targets being connected to the same NDI output.

Note: NDI Core sets no limitations on the numbers of NDI signal inputs and outputs, the NDI signal processing capability is mainly related to the performance of your hardware server.

NDI signals can be discovered automatically or connected manually to the server, to ensure smooth and seamless switching, with no frame synchronisation device required. The signal switching delay at the switcher end is only about 1 frame. 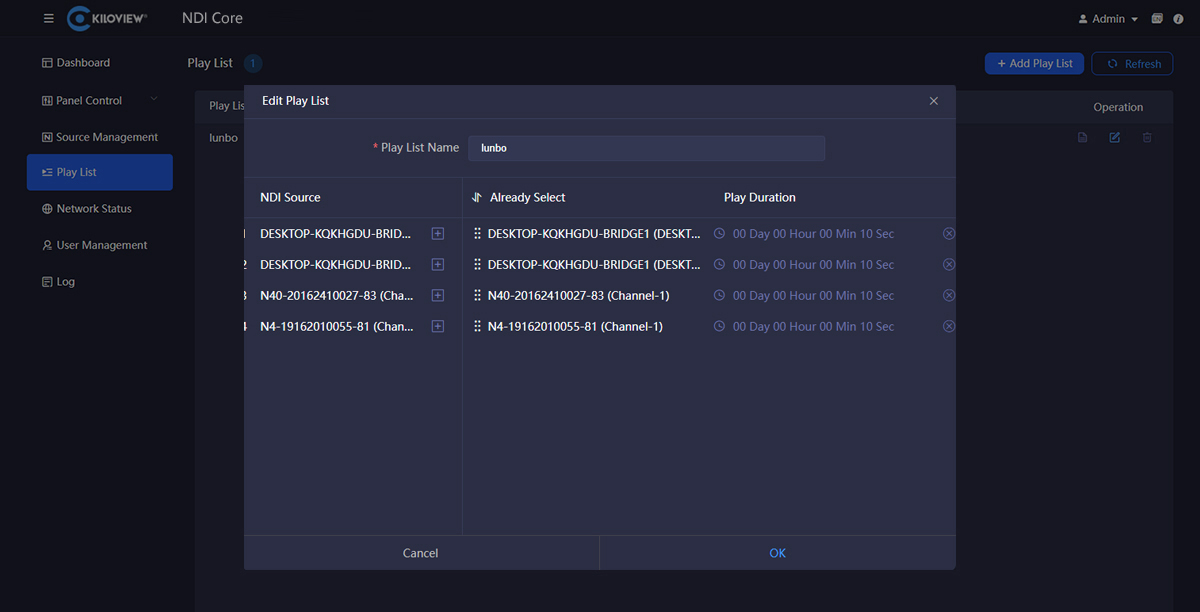 The hardware version of NDI Core also offers a warranty and Kiloview’s exceptional after sales service.