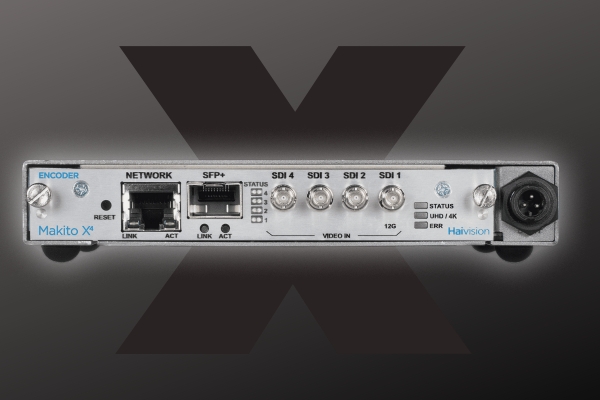 Haivision is pleased to announce the general availability of the Makito X4. The Makito X4 is built on the heritage of the Makito X family of encoders and represents the next-generation 4K-capable encoding platform from Haivision. The 1.0 release provides several important features:

Coming in the upcoming release:

For more information or to arrange a demo please contact