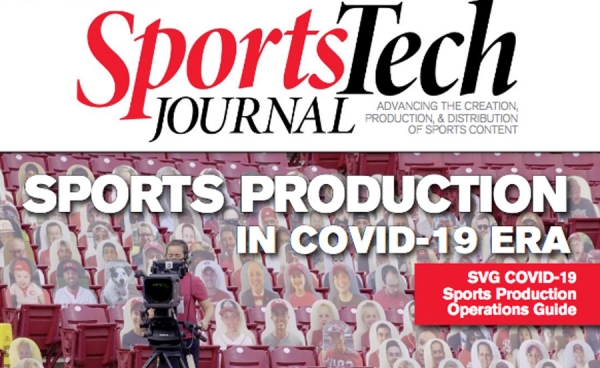 The world of sports suddenly froze in Spring 2020, but the thaw has begun.

First came the titans of European football, then the heroes of American soccer. By August, most franchises were resuming play or planning their upcoming season with coronavirus-related restrictions. And as professional sports leagues gradually return to the ballparks, pitches, and rinks of the world, so too do the sports media professionals tasked with capturing each game.

Everything is different about live sports this year, save the rulebook. Sports broadcasters and production teams are finding new ways to adapt to an ever-changing environment. Most prominent and profitable among these changes is the new fan experience. 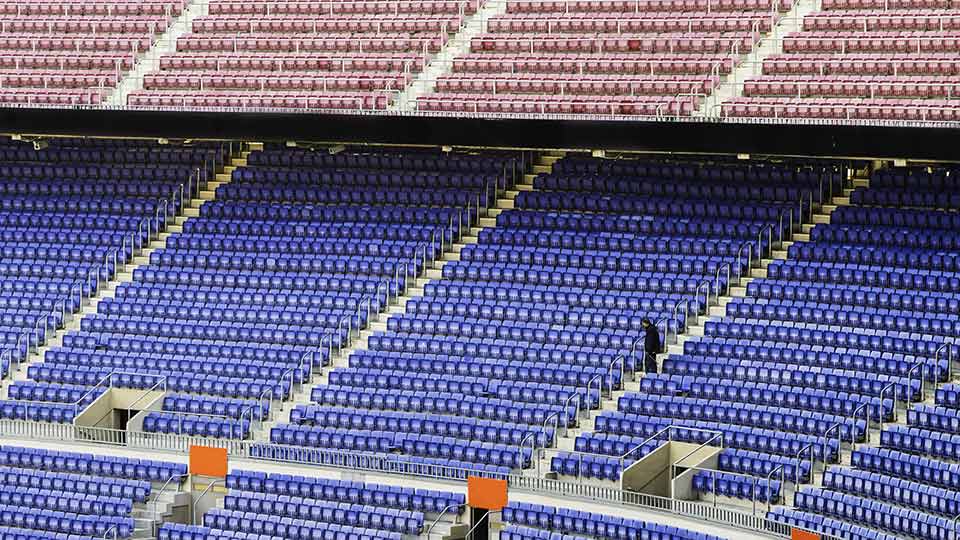 The goal of most sports broadcasts is to capture the experience of being in the stadium and deliver it in an authentic, convincing way. Fans watching at home expect to feel the pressure of a penalty kick, the tension of bases loaded, the euphoria of a buzzer beater. They want to go through the same emotions as their in-stadium counterparts.

But with every fan watching from home, sports broadcasters can no longer aim to give viewers a true-to-life stadium experience. A quiet, empty stadium simply isn’t the experience viewers crave when watching live sports.

In 2015, civil unrest in Baltimore led to what many fans prior to 2020 would describe as one of the strangest professional baseball games, ever. Fans at home watched a quiet contest in a colossal ballpark where only the announcers’ commentary provided a sense of normalcy for viewers. It was eerie, awkward, and almost dystopian. Players and fans alike were eager for the next game in a crowded stadium. Thankfully, they didn’t have to wait long to start filling the stands once again.

In 2020, that eerie emptiness has lingered for months. Tournaments and entire seasons are being played without fans. Quite frankly, the traditional live sports experience doesn’t exist this year. Instead, broadcasters and production teams need to get creative to avoid the awkwardness of emptiness.

Sports broadcasters are tasked with creative reinvention of the way fans enjoy professional sports. The teams that create the most enjoyable experience for fans watching from home can expect a major competitive advantage.

Digital effects are driving creative change in 2020. For example, La Liga used a digital mesh of colours to create a lively crowd effect and add ambience to their television broadcasts. While most of the downtime between innings, plays, and hydration breaks goes to advertising—which plays a huge role in offsetting lost ticket revenue—some breaks in play are too short for advertisements. Replays, game analysis, and digital effects like goal-line technology and golf ball tracking can help an audience feel more in tune with the game and improve their overall viewing experience.

Fans still want to be part of the game, too. Teams, leagues, and networks are trying myriad ways to showcase real fans during live broadcasts. The National Hockey League used large LED screens above the benches to show fans at home and produce novel picture-in-picture moments. Major League Soccer live-streamed fans on the jumbotron and used the stands for supplemental advertising space. Several sports broadcasts have featured cardboard cutouts of fans to fill their would-be sold out seats.

While the verdict is still out on which league, sport, or network got the mix just right, it is clear that creativity and ingenuity to enhance the spectator experience will certainly pay off in the COVID-19 era.

The Importance of Stadium Sound

As the industry works through this tedious trial and error, one thing has become crystal clear: sound matters.

As reported by multiple sources, most professional sports leagues are sourcing stadium audio from game developers like Electronic Arts and Sony Interactive Entertainment. Both have built massive libraries of authentic game audio for their sports simulators that work great for live sports broadcasting as well.

Stadium sound is not only affecting the audience. It’s impacting the game itself. When the US returned to soccer, referees were reminded that the sound of player-to-player contact should not affect their calls, as both the sound of impact and player reactions will be amplified in a fan-less stadium. In baseball, the subtle squeak in the catcher’s shoes as he repositions for a pitch—something hitters can’t typically hear in a packed stadium—may now be affecting the hitter’s decision to swing at an outside pitch.

While there likely won’t be a solution to these on-the-pitch sound effects until fans can once again return to stadiums, broadcast and sports production teams can superimpose sound with high-quality crowd audio for a better at-home experience.

Social distancing guidelines pose unique challenges to media crews covering live events. Broadcasters have to consider not just the on-screen nature of their programming, but the entire sports broadcast workflow behind the scenes as well.

Commentators often have enough room in their broadcast booths to keep a safe social distance from one another. The remainder of the crew, however, may need to make big changes to adhere to social distancing guidelines. The close confinement of a production truck or in-stadium booth can spell trouble for large crews, or small- to medium-sized crews for that matter. If teams don’t have access to remote workflow technology, they may be forced to scale back their production. Fortunately, remote workflows have proven successful in sports broadcasting and allowed production teams to carry on with a much smaller and safer in-stadium footprint.

Better Workflows Start with Being Organised

Building a successful remote workflow for sports broadcasting requires a storage infrastructure that can handle live VFX, additional graphics, and expanded audio libraries, as well as the ability for members to access live footage to preview, edit, and playback from remote locations.

Media asset management (MAM) is gaining importance as well. In the absence of a full schedule of live games, highlight reels have become a lifeline for teams, leagues, and networks with little other content to distribute to their sports-starved audiences. The better organized and more accessible these clips are, the more potential they have to add to the program’s success.

For a remote workflow to be successful in this new broadcast environment, production teams need remote access to their media and their MAM at all times, both during live broadcasts and for post-production and syndication thereafter.

The Benefits of a Remote Workflow with EVO

At Studio Network Solutions, we built remote access into our shared storage solutions to ensure broadcast, VFX, and post-production teams could continue creating and delivering content as they adapted to new protocols brought on by the pandemic.

In March 2020, before the first stay-at-home orders by any state in the US, SNS released Nomad, a remote editing utility for EVO. Nomad allows remote editors to download proxy footage and source media from their in-facility shared storage to their remote workstations for offline editing. Proxy files are automatically generated by EVO’s transcoder as it ingests media, and Nomad retrieves these files in the same folder structure from EVO to ensure a smooth relinking process back online for the final export.

Nomad works with any remote connection to the network storage, most commonly via a VPN or remote desktop application. For those who do not have remote access set up yet, we created a secure, cloud-hosted virtual private network exclusively for EVO called SNS VPN. This service enables continuous remote access to all the workflow tools built into EVO, including ShareBrowser media asset management, Slingshot automations engine and API, and Nomad for remote editing.

The sports broadcast industry—largely without work for months due to postponed and cancelled seasons—has been ramping up to an exciting end of the year. As teams, leagues, and networks all battle the continued threat of delayed seasons, broadcasters and production teams are doing their part to get us back in the game. That means more creativity with simulated crowd noise and digital fan overlays, new remote and hybrid workflows, and uncomfortable but necessary change.

Whatever the new way forward is for your sports video team, remote workflow technology is at the top of its game, and we’re ready to play ball.

For more information on SNS products check out our brand pages or to arrange a demonstration contact DigiBox today.