YoloBox is an all in one encoder, decoder, switcher and recorder which enables you to live stream over wifi or 4G.

With 3 camera sources, and two laptops the content included images from a projector and a selection of pre-loaded videos to play in.

“I used two Yoloboxes in cascade, using the HDMI output of the first as the input on the second that was streaming." commented Andrea, "I was able to have the three cameras, with an HDMI splitter on the projector. I captured the screen of the computer in the room, and with my raspberry pi4 I started the preloaded videos.” 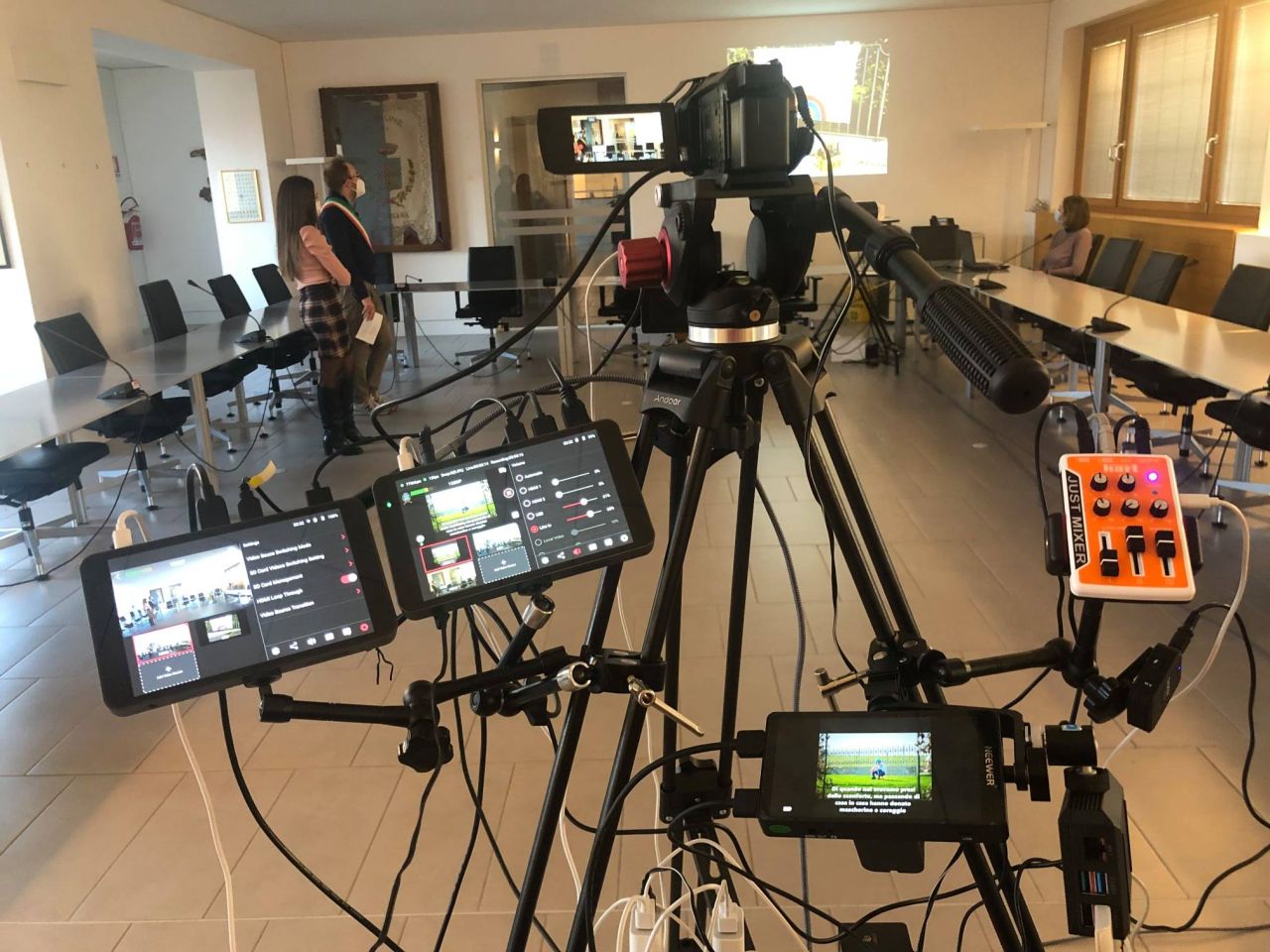 Easy to use straight out of the box, YoloBox has a 7" touch screen and doesn't need a laptop to run. An all in one portable, live streaming studio device, YoloBox allows you to stream multiple sources, switch between them and record to an SD Card.

To find out more or arrange a demonstration contact .